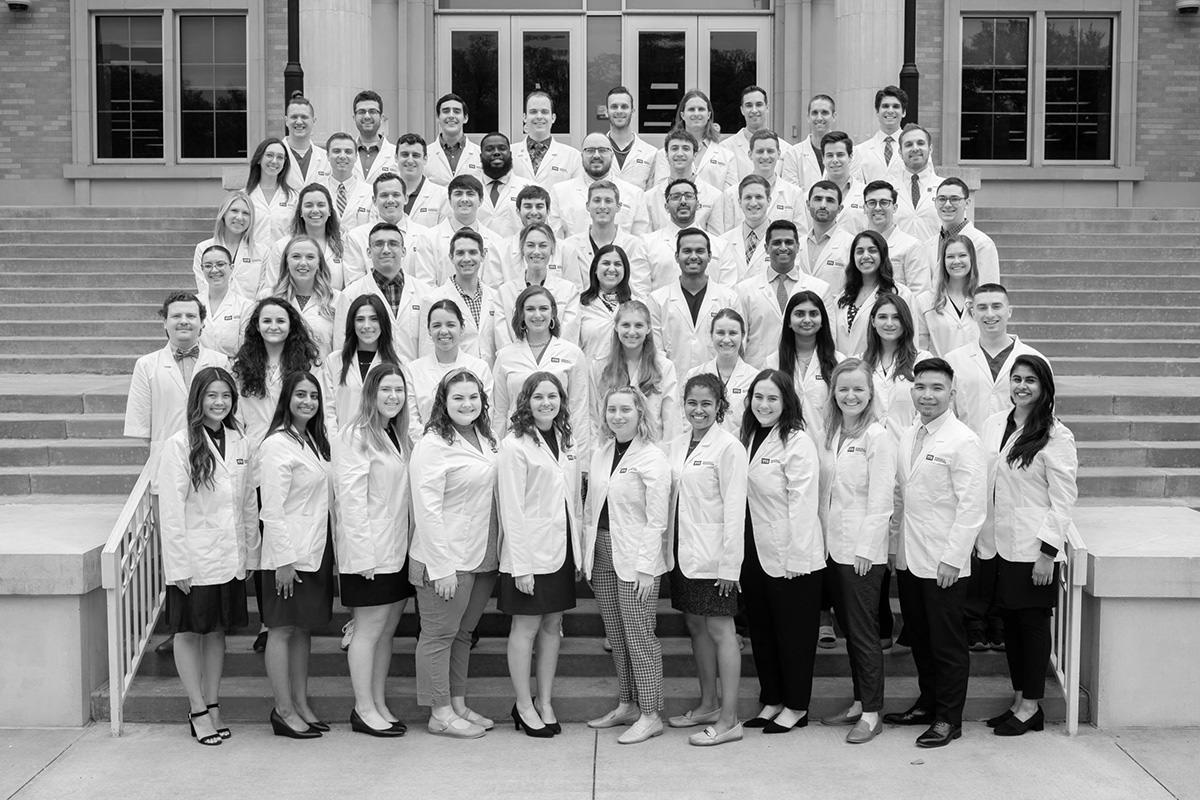 “This gift is meaningful beyond words. For the students in this class, it is truly powerful and will have a profound effect on their future,” said Founding Dean Stuart D. Flynn, M.D. “I am honored and humbled by this tremendous gift to our students that will have a momentous impact on their lives and those they serve in the community.”

This second class of students, who started medical school in July 2020, had their second year of medical school tuition (2021-22) supported in full by an anonymous couple in 2021. This new visionary scholarship gift, announced during an in-person session, will pay for the cohort’s third year of tuition. This gift also supports Lead On: A Campaign for TCU, the university’s most ambitious philanthropic campaign in its nearly 150-year history.

This family has provided several previous gifts to the School of Medicine, supporting partial scholarships and stipends for student research for students in all four classes, including the incoming Class of 2026.

“I am grateful for the phenomenal generosity of this donor family,” said Texas Christian University Chancellor Victor J. Boschini, Jr. “Our students will finish medical school and go on to serve thousands of patients throughout their lives, in our community and well beyond. This gift allows them to focus on becoming the best possible physicians and Empathetic Scholars®.”

The inaugural class of students, who began medical school in July 2019, received a generous gift from Paul Dorman to fund their first year. They will graduate in May 2023.

Scholarships are a top fundraising priority for the School of Medicine. With the incoming class, enrollment will reach 240 this fall, making the need ever greater.

“It feels like the community, the City of Fort Worth and the area really believe in us as students and believe in the program here at TCU, and that’s huge,” said Thomas Redman, a second-year medical student at the TCU School of Medicine.

The average medical school student graduates with more than $250,000 in loan debt. This can significantly influence their choice in which area of medicine they would like to pursue through their residency. It also weighs heavily on a student who has already attended approximately 20 years of schooling.

“When I got into medical school, my parents were so worried about the financial aspect. But I had to pursue my passion and I’m so grateful. I called my parents and they were so happy,” said Hanna Makk, a second-year medical student at the TCU School of Medicine. “It frees me to be able to pursue whatever specialty I want and to be able to serve the underserved.”