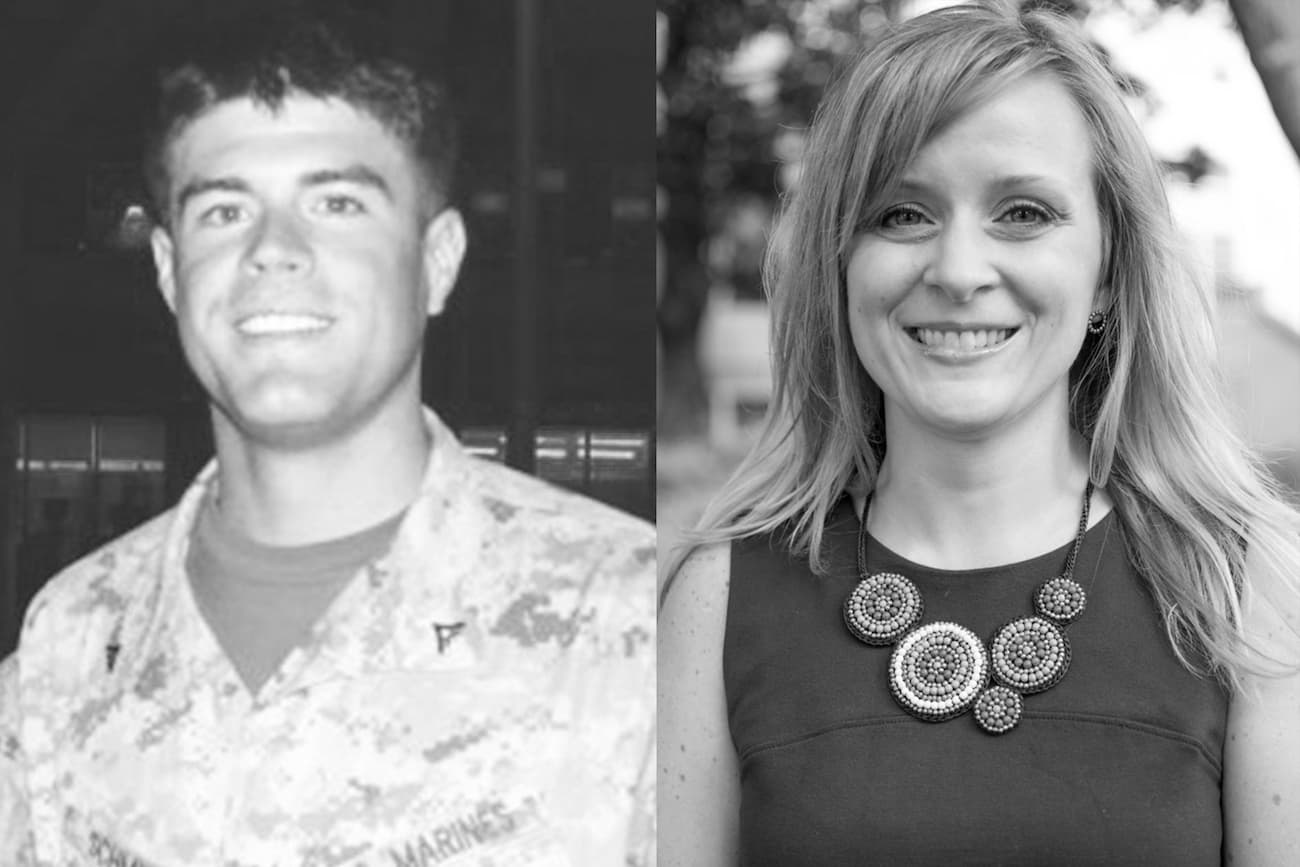 Professor Kara Dixon Vuic never met former Horned Frog Benjamin Schmidt. But she honors his life every day in her work at TCU.

Schmidt was killed in 2011 in Afghanistan, where he was stationed as a U.S. Marine sniper. He had withdrawn from the university during his sophomore year to serve his country, intending to finish his enlistment in the military and re-enroll at TCU to study history and eventually become a professor.

Schmidt named TCU in his life insurance policy, providing funds to create an endowment that ultimately gave a graduate student in the history department a scholarship. Schmidt’s friends and parents, David and Teresa Schmidt, later established an endowed faculty position, and an annual history symposium at TCU honors their son.

Schmidt’s Legacy in Action
As the Lance Corporal Benjamin Whetstone Schmidt Endowed Professor in History at TCU, Kara Dixon Vuic emphasizes the impact the liberal arts — and the concepts and realities of war — can have on young lives. She became the organizer of the symposium bearing Schmidt’s name.

The symposium examines the effects of war and conflict on society. The most recent one in March 2019 covered the Vietnam War and attracted a wide breadth of participants from seasoned academic historians and graduate students to local high-schoolers.

“The symposium is becoming well-known among military historians and is doing a lot to spread the word about the need for all of us to think about the costs of war,” Vuic says.

Most recently, Vuic taught undergraduate courses on war and memory in American culture and war and gender in American history as well as a graduate course on the Vietnam War. Her classes are resonating with students.

One student in the war and memory class wrote “an outstanding paper on the ways [former NFL football player] Pat Tillman’s memory was used by the government, the military and his family,” Vuic says. Another young woman, who took the war and gender class in spring 2019, accepted a commission into the Air Force and will be a pilot. “She’s really bright and has made a real-world connection for that class,” Vuic notes.

The Power of Endowment

Several of Vuic’s op-eds on women and Selective Service were recently published in The Washington Post, the Austin American-Statesman and the Dallas Morning News. Her latest book, The Girls Next Door: Bringing the Home Front to the Front Lines, was published in early 2019 by Harvard University Press.

Vuic’s first book, Officer, Nurse, Woman: The Army Nurse Corps in the Vietnam War (Johns Hopkins University Press, 2010), won the Lavinia L. Dock Book Award from the American Association for the History of Nursing, was named a Book of the Year in History and Public Policy by the American Journal of Nursing, and was a finalist for the Army Historical Foundation Distinguished Writing Award.

Vuic continues to present her students and peers with thought-provoking topics, inspiring the game-changers and leaders of tomorrow. Her next book will examine the ways the United States has debated drafting women.

And perhaps most importantly, they make it possible to keep one of young Benjamin Schmidt’s dreams — to teach history and live by example — very much alive.