TCU announces most ambitious philanthropic campaign to date – Lead On: A Campaign for TCU 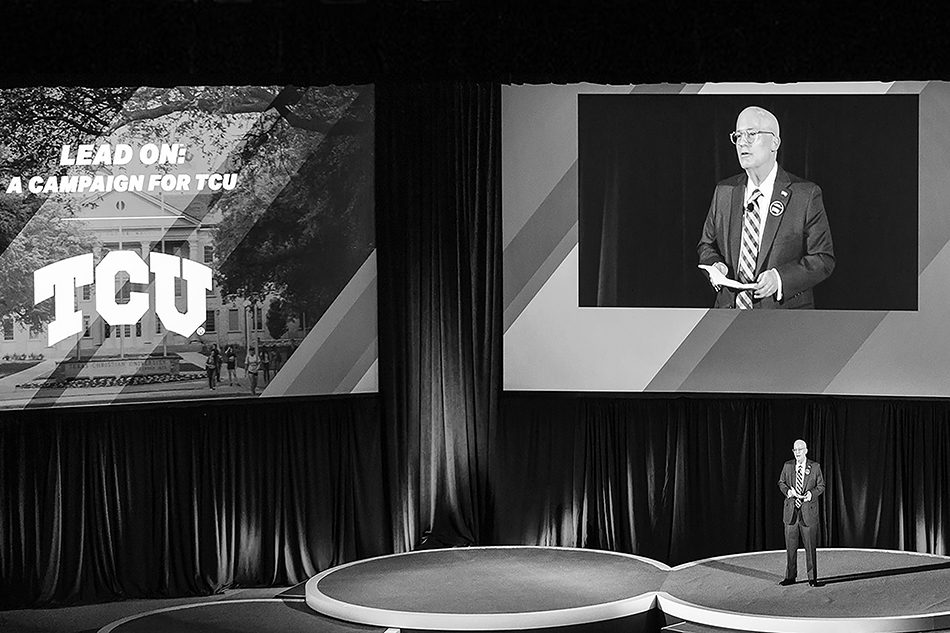 FORT WORTH, TEXAS (Oct. 25, 2019) — Texas Christian University last night announced the most ambitious philanthropic campaign in its nearly 150-year history. The $1 billion goal of Lead On: A Campaign for TCU will help fuel the university’s strategic plan and position TCU for even greater success in achieving its mission.

Campaign funds will be invested in the following four high-level priorities that mirror the goals of the university’s strategic plan, Vision in Action: Lead On:

“For TCU, the mission to impact the greater good has never felt more urgent,” Chancellor Victor J. Boschini Jr. said. “Now is the time to make a transformational investment in the people and programs that not only enrich our campus experience for today, but also lead positive change in the world for generations to come. If we are to achieve our goals, we must secure philanthropic investment in proportion to our ambitions. With this campaign, we charge forward to strengthen our university and to change the world for the better.”

During an Oct. 24 launch celebration on campus, TCU also acknowledged the tremendous level of support the campaign has garnered to date. More than 44,000 TCU supporters have generously provided nearly $600 million in philanthropic investment during the leadership phase of the campaign, which is co-chaired by Ronald C. Parker and Dee J. Kelly Jr., members of TCU’s board of trustees. 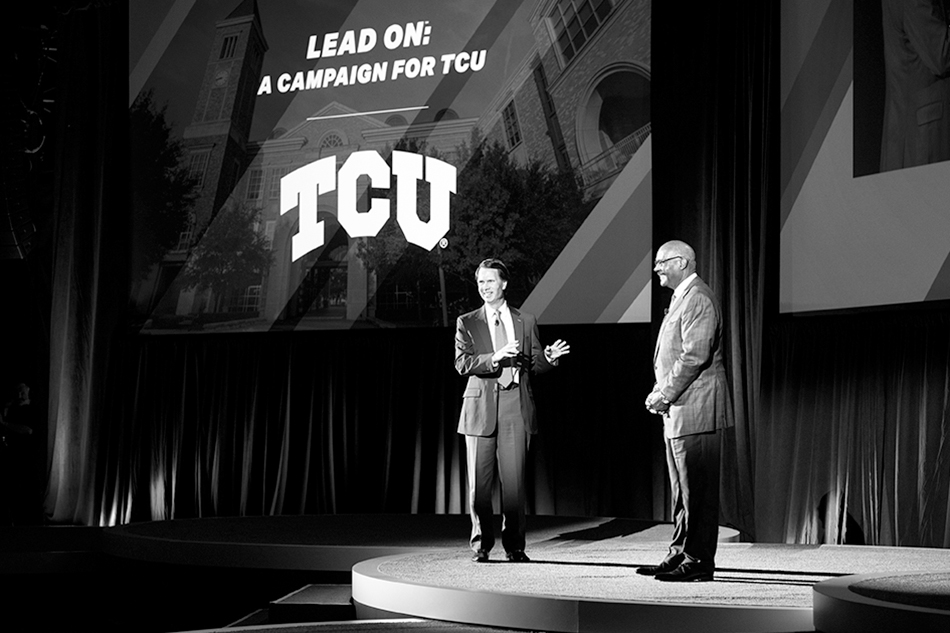 To date 118 gifts of $1 million or more have been received, and 17 donors have made gifts of $5 million or more. The lead gift to date is $30 million from Spencer and Marlene Hays for the $75 million Neeley School of Business expansion and renovation project.

Continued fundraising efforts throughout the life of the campaign will focus on the following specific areas:

Over the past several years, TCU alumni and friends have supported some 32 new endowed faculty positions, while almost $300 million in donor-funded scholarship support has allowed the most accomplished, deserving students to benefit from a TCU education.

For more information visit Lead On: A Campaign for TCU.

About Texas Christian University
Founded in 1873, TCU is a world-class, values-centered private university based in Fort Worth, Texas. The University comprises eight schools and colleges offering 115 areas of undergraduate study, 58 master’s level programs, and 36 areas of doctoral study. Total enrollment stands at 10,918, including 9,445 undergraduates and 1,473 graduate students. The student/faculty ratio is about 13:1, and 86 percent of TCU’s 698 full-time faculty members hold the highest degree in their discipline. TCU consistently ranks among the top universities and colleges in the nation, and the Horned Frog family consists of more than 90,700 living alumni. For more information, please visit TCU’s website.